The Korg KPR-77 was released as an answer to the competitor Roland TR-606. The KPR-77 is an analog machine and each drum sound could be mixed via sliders on the machine. This sample pack has some real nice sounds, especially the toms and the hi hats (they have a very distinctive, plastic vibe to them). This sample pack is totally free to download from drumkito.com.

The history of the Korg KPR-77

The Korg KPR-77 Drum Machine appeared in 1983 as a competitor to the Roland TR-606. The drum computer produces its sounds analog, but never reached the cult status of the TR series. This may be due to the sounds of the KPR-77, which seem a bit duller in comparison, or their not very intuitive handling. 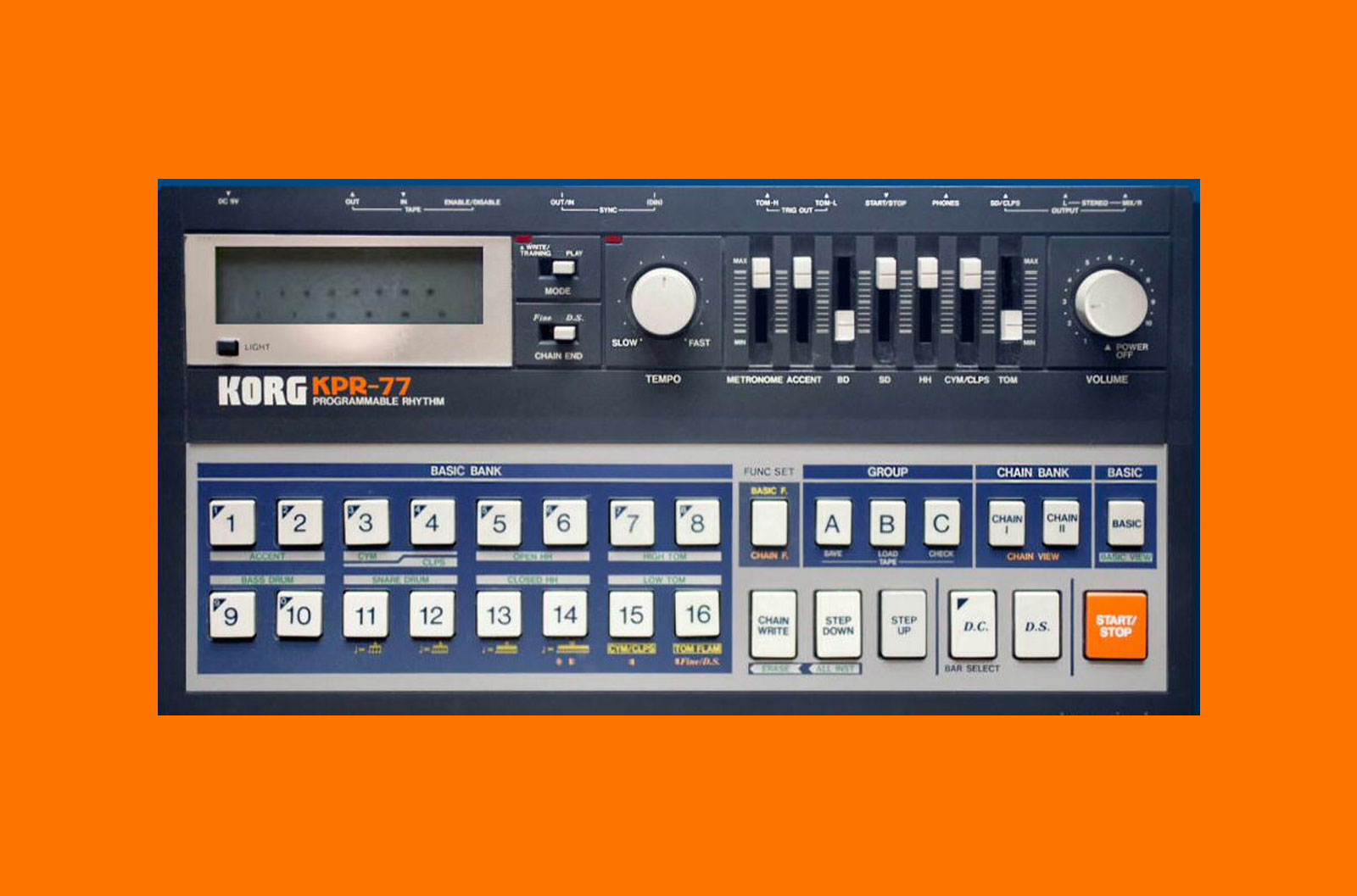